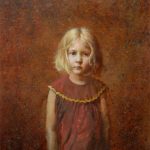 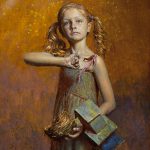 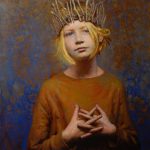 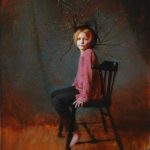 Seth Haverkamp received a Bachelor in Fine Arts from Carson Newman College in 2003. Leading up to his BFA, he spent a year in Cleveland Institute of Art and a year in Memphis College of Art. In 2005 he studied at Studio Incamminati for a year with renowned artist Nelson Shanks. Seth also took classes under master figure and portrait painter Robert Liberace. Seth infuses his teaching with the strongest elements of all his teachers, along with his personal approaches to what he feels is a comprehensive technique for both beginners and amateurs. In addition to studio work, Seth paints portrait commissions, including portraits of Richard Meserve, president emeritus of Carnegie Institution for Science; Bill Best, co-inventor of the radial tire; Michael Lockhart, president of Armstrong Flooring; and Madeline, the daughter of Catherine Graham, publisher of the Washington Post. In 2008 Seth was awarded Best In Show in the Portrait Society of America’s International Portrait Competition with a painting of his eldest daughter, Echo. In the same competition, in 2011 he received an Award of Excellence and, in 2013, Top Honors along with Peoples Choice Award. Seth was also a finalist and received an award from the 2013 ARC international painting competition in the portraits category. He currently resides in east Tennessee with his artist wife, Kat, and their four children.

Posted in Past Classes.

Upcoming Events - To Be Rescheduled